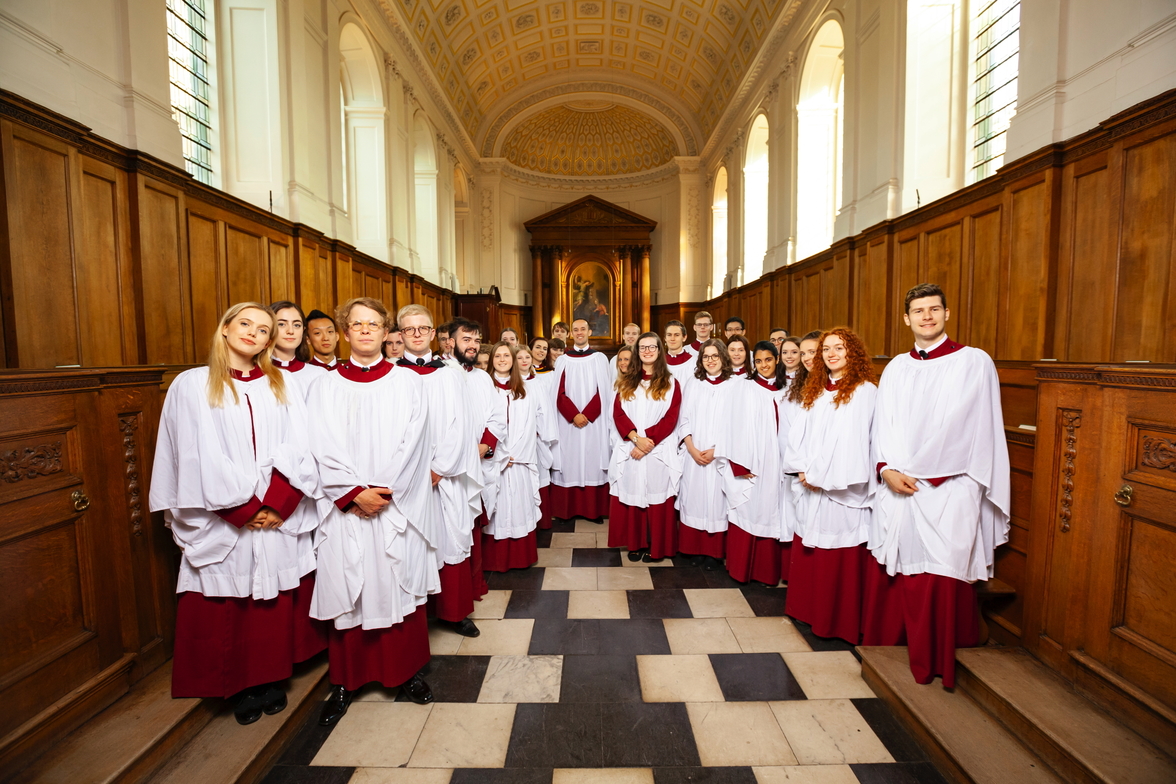 St James' Music Series is pleased to present The Choir of Clare College, Cambridge, UK, directed by Graham Ross, one of England's most respected choral ensembles. The twent-nine-voices-strong ensemble will give a complete performance of the celebrated Requiem of 1605 by Tomás Luis de Victoria, as well as motets by William Byrd, Samuel Sebastian Wesley, Herbert Howells, Robert Ramsey, and Gerald Finzi.

For this performance, the movements of the Victoria's Requiem act as pillar stones in-between are five motets from our the great British choral tradition which aim to complement the text of the Requiem mass, the Eucharistic Feast, and the church’s current season of Lent.

Since the founding of a mixed voice choir in 1972, the Choir of Clare College has gained an international reputation as one of the world’s leading university choirs. In addition to its primary function of leading services three times a week in the College chapel, the Choir keeps an active schedule recording, broadcasting, and performing. Former directors have included John Rutter and Timothy Brown. Under the direction of Graham Ross, Director of Music since 2010, it has been praised for its consistently thrilling and outstanding performances worldwide. Recent engagements include Handel’s Messiah with the Orchestra of the Age of Enlightenment, Mozart’s Requiem with the Manchester Camerata, Mahler’s Symphony No 8 and the world première of Alexander Raskatov’s Green Mass with the London Philharmonic Orchestra, Fauré’s Requiem with the Malaysian Philharmonic Orchestra, and concerts in Notre Dame Cathedral, Évron Basilica, the Howard Assembly Room and across the USA. The Choir’s 2018/19 schedule includes Bach’s Christmas Oratorio, Britten’s War Requiem in King’s College Chapel, Cambridge, performances in Westminster Cathedral, St John’s Smith Square’s Christmas and Holy Week Festivals, Barcelona’s Le Palau, and tours of the USA, Canada, Mexico and Spain.

In addition to live performances, the Choir has produced an impressive discography of more than forty recordings. Their recordings under Graham Ross on the Harmonia Mundi label have been released to great critical acclaim, earning praise for exceptional singing and immaculate performances’ a Le Choix de France Musique and a Diapason d’Or award, and garnering a Gramophone Award nomination. The Choir’s nine-disc series of Music for the Church Year has received numerous 5 star reviews in the national and international press.

This concert is arranged through Knudsen Productions, LLC the exclusive North American representative for the Choir of Clare College, Cambridge.

For more information about The Choir of Claire College visit www.clarecollegechoir.com