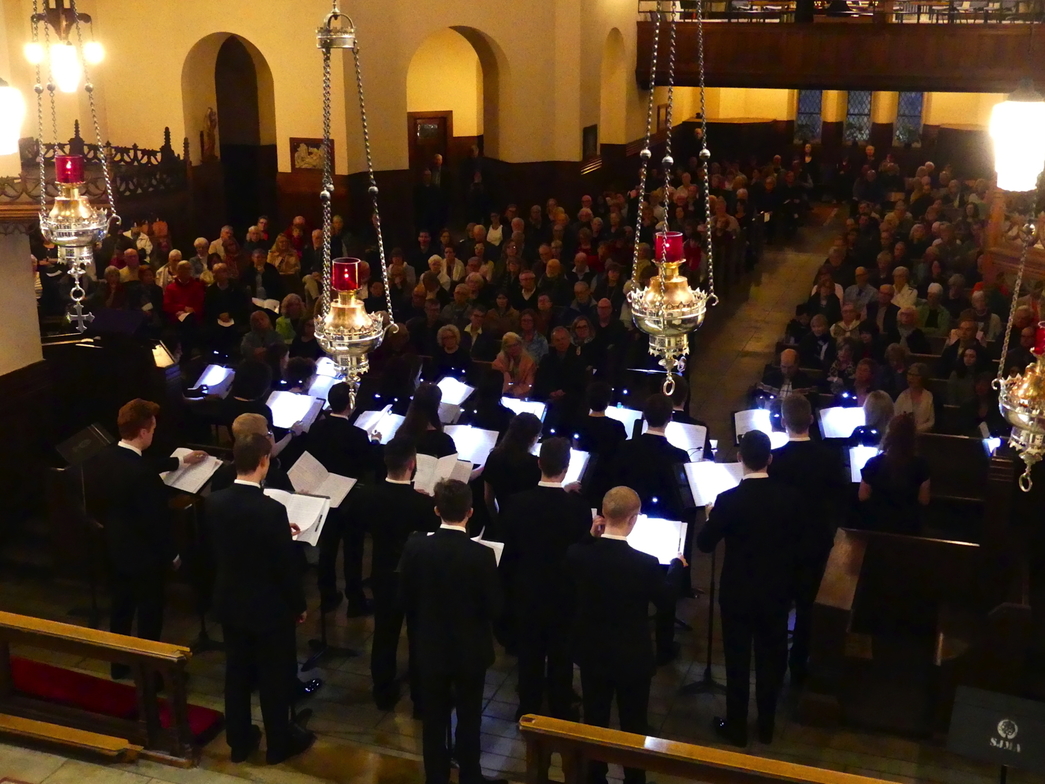 The Music Series promotes culture in the city by presenting concerts for Vancouverites and visitors, and by providing a performance venue for musicians.

St James’ Church is a unique building designed by Adrian Gilbert Scott, the brother of Giles Gilbert Scott who is known not only as the designer of the iconic British red telephone box, but is also the architect of St Mary's Cathedral in Glasgow, St Mary's Cathedral in Edinburgh, as well as Liverpool Cathedral.  The design of St James' is a combination of Art Deco, Romanesque Revival, Byzantine Revival, and Gothic Revical.  The building was constructed between 1935 and 1937.  Even though this was in the midst of the Great Depression, St James' was able to raise money not only for the building, but als for a three-manual, 33-rank Casavant Frères pipe organ -- a testament to the importance of music at St James'

Music has always been the warp and woof of St James', and the church continues to be one of the few places in western Canada where the glorious mass settings by Palestrina, Tallis, Byrd, Willan, Howells, and Duruflé may be heard in their traditional liturgical context.

Just over ten years ago, the Saint James Music Academy was established to enrich the lives of Downtown Eastside children through music.  The Academy provides free, high-quality music instruction in to more than 200 children in core after-school programmes.  The Academy's choirs and orchestras are communities of music making where each child discovers the important rôle they play through co-operation, team building, and the collective pursuit of excellence.

In 2017, an additional element was added to the vibrant music tradition at St James' : a Music Series that offers a diverse range of concerts by highly-accomplished artists, and allow audiences to appreciate the church's marvellous architecture and superb acoustics.