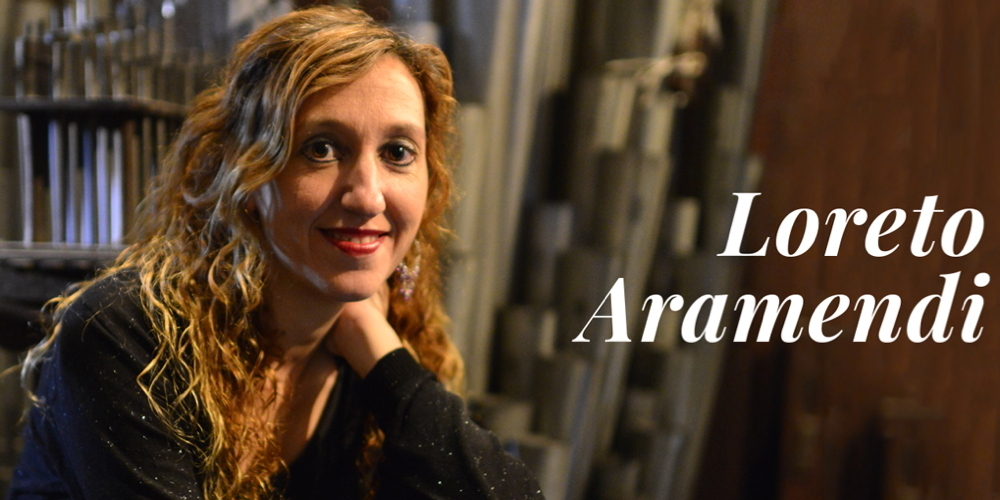 Internationally-renowned Spanish musician Loreto Aramendi, organist of the Basílica de Santa María del Coro de San Sebastián, brings to Vancouver the music of her favourite composers.  She has given many recitals in Europe, Argentina, Japan, Russia, and the United States, and her extraordinary skill and musicianship have been highly praised

What sets Loreto Aramendi's concerts apart are the symphonic transcriptions of works by Liszt, Fauré, Rachmaninoff, and Saint-Saëns. These transcriptions are not simplified arrangements, but concert versions of great orchestral works which push both the instrument and player to the limit. Assuch,theyshowoff the rich tonal colours of the organ necessary for interpreting orchestral music, which are otherwise unheard in strict organ repertoire. Aswell, the organ transcriptions require a musician of exceptional virtuosic and artistic skill – and that Loreto Aramendi has in spades.

This will be the first time for Spanish virtuoso Loreto Aramedi to perform on Canada's West Coast as she embarks on a tour in Canada and the USA. A rare opportunity to hear this extraordinarily-talented musician perform on the mighty pipe organ at St James’ Church, this is a concert not to be missed !

Loreto Aramendi began her musical studies at the Conservatory of San Sebastian, where she obtained advanced degrees in piano, harpsichord, organ, and chamber music. She studied organ at the Conservatoire National Regional de Bayonne, winning a Gold Medal and First Prize. Entering into the National Higher Conservatoire of Lyon (CNSMD), she worked with Jean Boyer, Louis Robilliard, J. Von Oortmersen and Liesbeth Schlumberger, obtaining her National Diploma of Advanced Studies with specialisation in the organ.

She was awarded scholarships from the local government of Guipuzkoa for two years, as well as from the Lartundo Foundation, and furthered her studies over a period of five years at the National Regional Superior Conservatoire in Paris with Noelle Spieth, receiving the First Prize upon finalising her Advanced Degree in the harpsichord and her General Music Studies Diploma.

In 1938 Casavant Frères of St Hyacinthe, Québec, was awarded the contract for a new 3-manual organ of 1760 pipes.  The organ itself was located in the north transept of the church, formerly the choir gallery, which was lowered to make room for the instrument, with a façade designed by Adrian Gilbert Scott — the same architect who designed St James’ Church building.  Over the years some minor changes were made to meet the musical demands of a living church, including a new Choir division with three ranks in the west gallery in 1948, and a new organ console in 2003.  With the addition of the Choir division, the organ now has 33 ranks, and just under 2000 pipes.  The main organ is located high on the north gallery of the church – an excellent location, as grand sound of this fine Casavant Frères organ is marvellously enhanced by the church's outstanding acoustics.