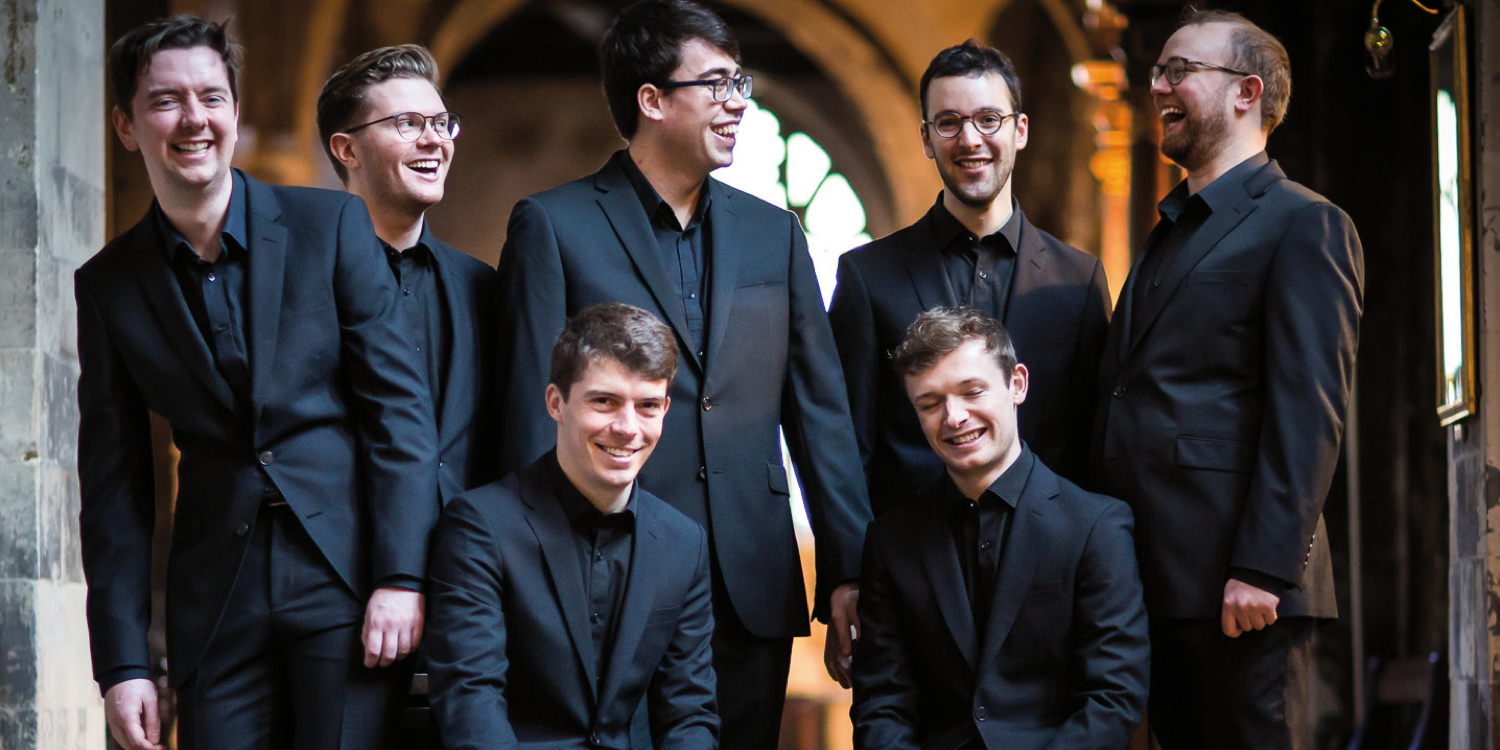 St James’ Anglican Church welcomes back The Gesualdo Six !  The vocal ensemble performed at St James' in 2018 when they started their first Canadian tour in Vancouver.

Comprised of some of the UK’s finest young consort singers, directed by Owain Park, the vocal consort was formed in March 2014 for a performance of Gesualdo’s Tenebrae Responsories for Maundy Thursday in the chapel of Trinity College, Cambridge.  Since then, the group went on to give over one hundred performances around the United Kingdom and abroad in its first four years.

Though initially focusing on early music, concert programmes began to reflect a desire to include more modern repertoire and now renaissance polyphony is often juxtaposed with works by composers including György Ligeti and Joanna Marsh amongst others. In 2016, The Gesualdo Six curated its first Composition Competition, attracting 174 entries from around the world. In 2019, a second Composition Competition attracted entries from over 300 composers, with the winning works by Alison Willis and Jacob Beranek receiving their world premieres at Cadogan Hall in London.

Their debut album of English renaissance polyphony ‘English Motets’ was released in April 2018, followed in 2019 by their second recording ‘Christmas.’

The incredibly atmospheric church of St Bartholomew the Great in London was the perfect location to launch their third album in 2020 ‘Fading,’ which features a variety of music inspired by the service of compline.  And in 2022, The Gesualdo Six released two more albums : Tenebrae Responsories and Lux Aeterna.

The Gesualdo Six return to St James' as part of their 2023 North American tour, and the programme will include selections from their most-recent CD Lux Aeterna , including

The Gesualdo Six concert at St James’ in 2018 was a sold-out event, and we expect the same for their 2023 appearance.