CBC Science journalist Bob McDonald and host Quirks & Quarks will be speaking on the theme Earth, Wind, Fire, and Life on Friday, February 8th, at 7.30 pm.

Bob McDonald has been honoured for his outstanding contribution to the promotion of science in Canada as the recipient of the Michael Smith Award from the Natural Sciences and Engineering Research Council, the Sir Sanford Fleming Medal from the Royal Canadian Institute and the McNeil Medal from The Royal Society of Canada. He has received twelve honorary Doctorates, and in 2011 he was appointed an Officer of the Order of Canada.

Bob McDonald's appearance in February will have an interdisciplinary character, as his talk on the themes of Earth, Wind, Fire, and Life will be accompanied by captivating visuals displayed on large screens, and backed by music performed by Jenny Vincent.

Don't miss this event at St James' Church in Vancouver on Friday, February 8th
Get your ticket now !  You won't regret it. 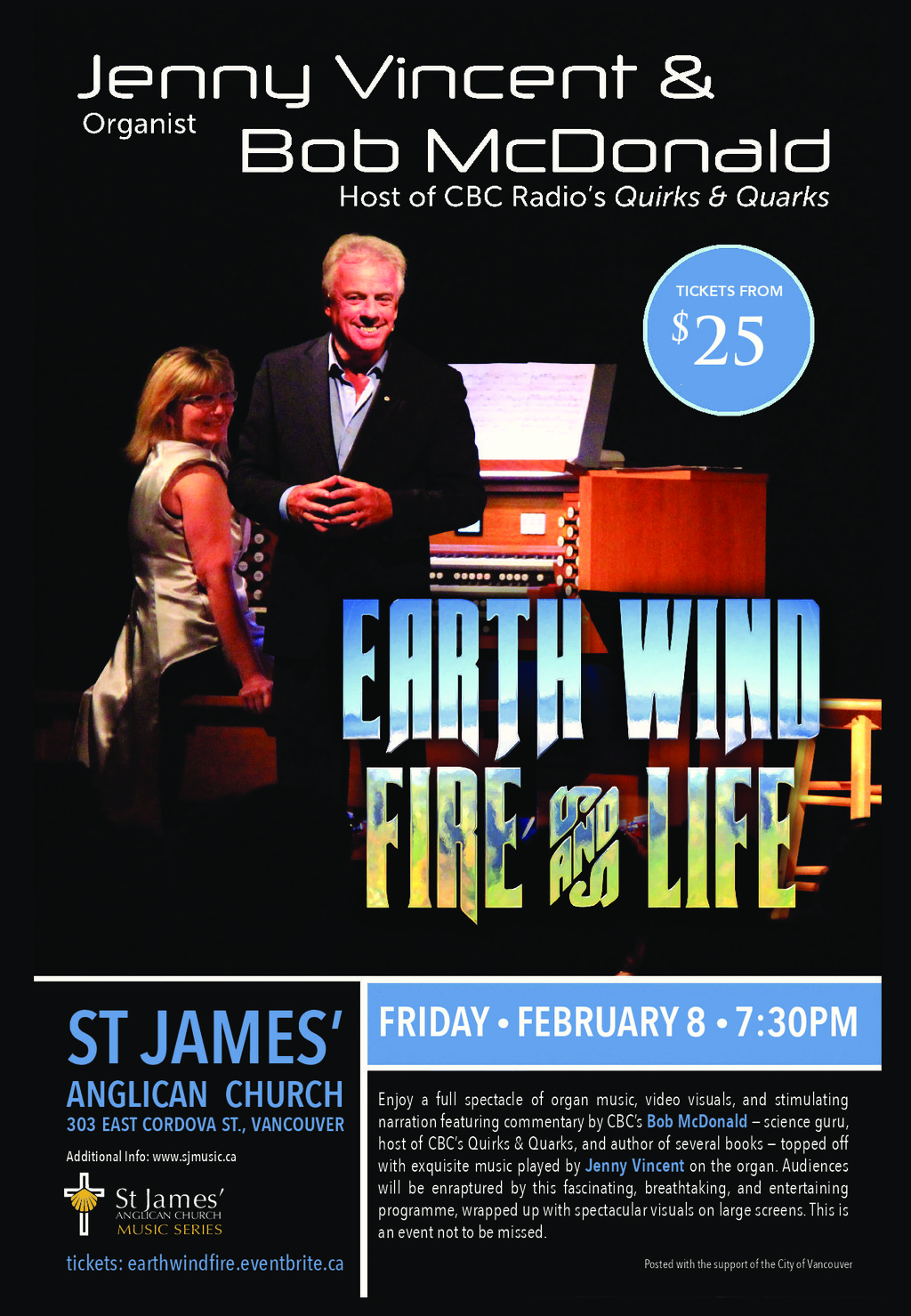